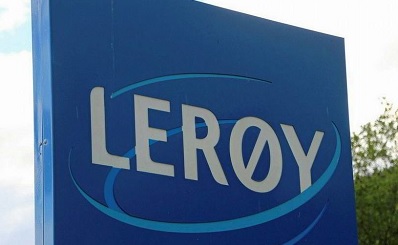 Lerøy Seafood Group reported a 44 percent jump in this year’s third-quarter operating profit before fair-value adjustments to NOK 831 million (USD 83.6 million, EUR 80.1 million), citing strong demand and a substantial increase in prices for its main products as the key reasons for the improvement.

Lerøy said its Farming segment delivered improved results in the quarter compared to corresponding quarter of 2021, while salmon prices fell significantly since the second-quarter but were still higher than last year. It also confirmed that its harvest volume was in line with Q3 2021, and that inflationary pressure in the economy is affecting its costs. Lerøy Seafood CEO Henning Beltestad said growth in the segment had been “slightly weaker than expected” through the third quarter and at the start of the fourth.

“Accordingly, the outlook for harvest volume has been reduced by 5,000 GWT for 2022," Beltestad said.

LSG said its VAPS&D division’s earnings gradually improved through the quarter, and that it expected a further margin improvement in Q4 2022.

In its Q3 report, Lerøy continued to levy criticism of the Norwegian government’s proposed rent resource tax for salmon farming, stating that it “reveals a lack of insight into the industry's complex value chain,” and is “likely to weaken the demand for and supply of Norwegian salmon.”

The proposal is already having a severely negative impact on Lerøy's day-to-day operations, and will have serious long-term consequences for the group and the industry, Beltestad said. The company has already laid off 339 processing staff and halted a NOK 400 million (USD 40.2 million, EUR 38.6 million) development on Skjervøy that would have increased its processing capacity and employment, and has cancelled the purchase of 614 MT maximum allowable biomass (MAB) from the state at a price of NOK 123 million (USD 12.4 million, EUR 11.9 million), and did not participate in the auction of new license capacity.

"The consequences are extremely serious for Lerøy and our employees, and we expect implementation of the proposal to be delayed to allow time for a thorough consultative process, followed by discussion and broad compromise in the Storting," Beltestad said.

If the tax proposal is not modified, it will take effect on 1 January, 2023, while the deadline for comments is 4 January, 2023, and a final decision by the Storting is likely to be taken during the first half of 2023.
PREVIOUS：Russia moves closer to approving second investment-quota program NEXT：Latest seafood pricing data suggests weak demand in China