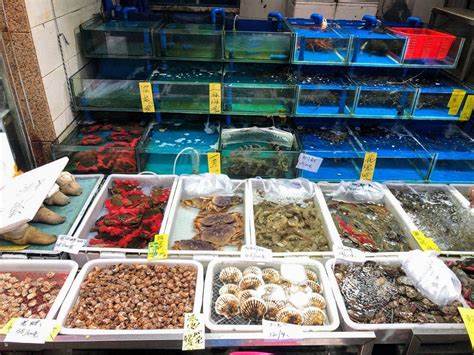 Average seafood prices rose by 2.8 percent year-on-year in September, according to China’s National Bureau of Statistics. That’s the same rate as the increase in the overall consumer price index but well below the overall rise in food price inflation, at 8.8 percent, driven largely by a surge in pork and vegetable prices.

China’s CPI rose 2 percent year-over-year for the entire period of January to end of September, well below levels of inflation seen in other major economies. The country is battling economic headwinds as it continues to enforce a zero-COVID policy while also dealing with the deceleration of the property market, which had previously been an engine of economic growth.

Jack Yuan, managing director of Hong Kong-based WhatFresh, an importer of fresh food and seafood, said 2022 has proven to be a “tougher year compared to previous years.”

Uncertainty over logistics, due in part to strict COVID controls, is “adding salt to the wound,” Yuan said.

Nevertheless, packaged seafood products launched by the company in 2021 into the U.S. retail market have been selling well, said Shi, “mainly in local convenience stores.”

“Figures for September were definitely weaker. Smaller [COVID] outbreaks and targeted quarantines are still stunting consumption, leading to weaker consumer demand. Other narratives include rising unemployment, and a contracting property market that is still falling, contributing to lower confidence levels for the moment,” Wang told SeafoodSource. “Pricing for seafood has not been as strong as other categories, most notably pork, and fruits as well as vegetables. [Lockdowns forced people to] focus more on traditional foods, hence stronger increases in pork, fruit, and vegetable prices. The sluggish seafood demand and lower seafood supply – imported and domestic – do explain some of the slower price growth.”

Wang, whose firm advises the seafood industry trade body from the U.S. state of Alaska, said despite recent growth in China’s seafood imports, demand for Alaskan seafood fell this year in China. Nonetheless, he remains bullish on China’s status as a dominant market for seafood, though domestic seafood supply has replaced some of the market share previously held by imports.

“As supplies of imported seafood fell greatly with the two-month lockdown of Shanghai in the first half of the year, there were quantities of domestic seafood hitting the market to replenish some of the supply and meet the existing demand,” he said.  “While we see some challenges ahead, we are still encouraged by China's long-term appetite for seafood and shift toward quality food sources,” Wang told said.

Freshwater seafood prices declined 6.3 percent to an average CNY 18.92 (USD 2.64, EUR 2.64) per kilogram, while the volume of freshwater seafood sold fell by 16.5 percent, revealing the impact of China’s COVID lockdowns.

The spike in prices seen in 2021 have been attributed to several factors, including a fishing ban extended to the Yangtze River as well as recovering demand in the foodservice industry and a reduction in imports. Domestic aquaculture producers also delayed restocking in 2021 after taking a hit from weaker prices in 2020 at the initial onset of COVID.