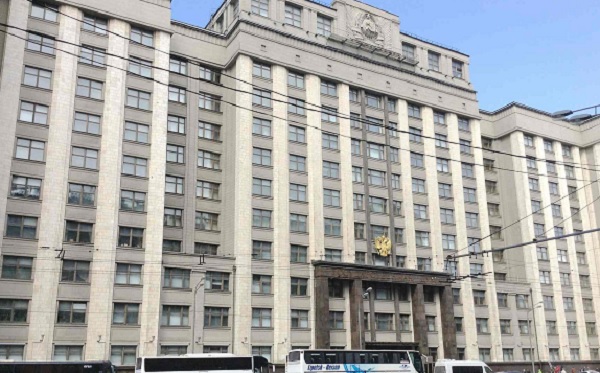 The Russian State Duma has approved a draft of another round of its investment-quota program, taking another step toward its goal of transforming the country’s seafood industry through the redistribution of fishing rights.

The draft legislation, which has been forwarded to regional authorities for input, is designed to complete a state-initiated effort, begun in 2016, to renew the country’s fishing fleet and beef up the country’s seafood-processing capacity.

Previously, Russian fishing quotas were distributed based on a historical catch principle – provided companies did not run into trouble with fishing regulations, taxes, or environmental requirements. But the investment-quota program allocated companies additional, 15-year fishing rights for a few species, including herring, pollock, and haddock, in exchange for either building a ship of specified parameters within specified terms at a Russian shipyard, or building an onshore processing plant within certain conditions. The additional quota on offer was the equivalent of 50 percent of the annual output of the new ship or plant.

Through the investment-quota program, 105 fishing boats – 42 of them crab vessels – and 21 processing plants have either been built or are planned. On the processing side, however, nearly every plant has already been completed and is now operational. The program has had its problems, though. Through September 2022, just 10 of the planned fishing vessels have been handed over to companies, with another nine forecasted to be delivered by the end of 2022, according to Russia’s Ministry of Industry and Trade. Under the program, 45 ships were due to be completed through 2023, a target that will not be achieved.

Russian shipyards, long spurned in favor of foreigns shipyards, have struggled to keep pace with the program's timelines, as they lack the experience and capacity to meet the demand. The ongoing war in Ukraine has further complicated the program, as many foreign makers of fishery equipment have refused to deal with Russian clients.

In 2021, the Russian Federal Agency for Fisheries initiated the progress for the second-investment quota program, which was recently approved by the State Duma. The proposal includes 20 percent of the total allowable catch (TAC) for pollock and herring in the Russian Far East. Another 4 percent of the TAC will be given to participants of the first program to compensate for stock losses: as the investment quota covers only 50 percent of the annual output of a vessel, the other half was supposed to be covered by historic quotas. Now that the investment quota is expanding, the historic quotas will be lowered – thus the additional compensation by the government.

Other parts of the law envision that quotas for crab and other high-value species will also eventually be auctioned off with investment obligations. The percentage of these quotas, a list of species, the areas of catch, the obligations, and the delivery terms are still in the works and are being considered at the local level. An explanatory note on the law lists deep-sea scallop, whelk, gray sea urchin, black sea urchin, and sea cucumber as potential targets for quota auctions, as well as the remaining 50 percent of the country's crab quota, though that list is not final.

There is a key difference compared to the first program: Auction winners must build either a fishing boat or a so-called fish-processing complex that consists of both a boat and a plant. The program is intended to yield 30 highly effective fishing boats, including 10 medium- and long-range vessels for catching pollock and herring, up to 35 crabbers, and six vessels for other kinds of crab – along with eight processing plants.

The move toward more investment quotas, which has been previously floated by the Russian Federal Agency for Fisheries, has drawn a mix of ire and support from the seafood industry. Opposition to the expansion is being led by the All-Russian Association of Fishing Industry (VARPE) which has been coordinating a nationwide campaign to quash the legislation, warning that Russia's small- and medium-sized seafood companies do not have the money to take part in the auctions. If the new investment-quota program is implemented, the companies will lose quotas and be forced into bankruptcy, causing social tensions in coastal regions and a drop in taxes to the regions’ budgets, VARPE has argued. VARPE estimates 36 of 93 companies currently catching crab in Russia will be forced to close if the program is implemented.

In 2019, when Russia took another step toward revising its fishery laws with the initiation of crab-quota auctions, the average starting price for a crab-fishing quota block was RUB 4.5 billion (USD 72.5 million, EUR 73.8 million), with a government financial watchdog, the Account Chamber, saying those prices were too low.

VARPE President German Zverev said in an interview with the Korabel media agency that, in light of the watchdog’s report, future auction prices will be higher. Building a crab-fishing vessel costs RUB 2.93 billion (USD 47.3 million, EUR 48 million) on average, adding even more cost to participation in the quota program.

“Small and medium companies don’t have such money and access to credit,” he said.

The loss of smaller companies, VARPE said, will in turn result in further monopolization of the crab-fishing industry. It pointed to the emergence of Gleb Frank’s Russian Fishery Company and Russian Crab as the so-called “crab king” after he won more than one-third of all the quotas up for auction in 2019. Since that time, Frank has sold his ownership stakes in the Russian Fishery Company and Russian Crab after U.S. decided to impose sanctions on him.

State-owned consultancy Vostokgosplan said 117 other small- and medium-sized fishing companies focused on herring and pollock will be stripped of their quotas under the program, leaving nearly 40,000 residents of the Russian Far East jobless.

Russia has no need to rush to renew the rest of its fleet, according to Zverev. He said he is sure that the renewal process is moving at an appropriate pace, with the new ships emerging from Russian shipyards fishing at higher efficiency. Currently, Russia has more than 1,000 fishing vessels, with 764 ships in the Far East averaging 29 years of age, and 172 ships in the Northern Fishery Basin averaging 27 years of age. That’s in line with the average age of vessels in the world’s other major fishing countries, Zverev said.

Those in favor of a new round of the investment-quota program is the Fishery Shipowners Association (FSA), consisting of 28 of the largest Russian fishing companies, including Norebo, Russian Fishery Company, and Russian Crab Company, together accounting for 22 percent of the national catch by volume.

FSA said a study of the seafood industry’s finances showed Russian companies do have enough money to compete for the quotas. Between 2016 to 2021, the seafood industry tripled its sales, doubled its profits, and quadrupled its investments, according to FSA. Additionally, the industry's debt load remains low, especially compared to other industries in Russia, it said.

“The seafood sector is financially strong. It can make serious investments, even in the current circumstances,” FSA President Alexey Osintsev said. The industry, he said, is resistant to financial risk and has grown too comfortable with recent high profitability, capital appreciation, and a balance in liabilities.

FSA said regions of Russia that are economically dependent on the fishing industry will benefit from the program through an inflow of new investments and more-robust tax revenue, as quota auction-winners will be obligated to register a business entity in each region in which it fishes. More-efficient catch rates will lead to more products to sell and more employment, FSA said.

FSA further argued no harm will befall  small- and medium- sized fishing businesses, as nearly half of the enterprises that might be affected by the changes to Russia's current fisheries law are not independent, but part of larger conglomerates.

Furthermore, the law will take a long time to implement  – up to nine years, according to FSA's estimate – giving companies a long lead time to adjust, Osintsev said.

Before its initial vote on the program, the Duma received letters of opposition from governors of 16 coastal regions, regional parliaments, and seafood trade associations, mostly the result of VARPE's campaign opposing the legislation. Nevertheless, the Duma approved the draft, though the seafood industry will have another opportunity to provide feedback on the bill as it goes through its second reading in the Duma, scheduled to take place in late November 2022.