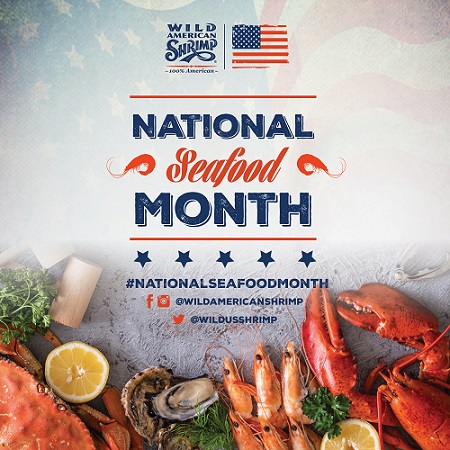 “We challenge Americans this October to change their weekday dinner routine and give seafood a try more often,” Fish Fixe Co-Founder and CEO Melissa Harrington said. “Instead of turning to chicken on a Tuesday night, try salmon or cobia. Seafood performs significantly better than chicken when you compare vitamin and mineral content and the all-important omega-3 fatty acids.”

Fish Fixe, which was founded in 2017 by Harrington and Emily Castro, and which obtained funding through the television show Shark Tank, saw a 400 percent increase in sales in 2020, after the COVID-19 pandemic first hit the United States. It offers individual packaged frozen Norwegian salmon, Icelandic haddock, cobia, and North Atlantic scallops, among its various seafood offerings. Each Fish Fixe box arrives with 16 portions and the product bags contain detailed thaw, prep and cooking instructions, along with two or three recipes.

“[Fish] is simple to prepare and cook than land protein,” Harrington said. “Fish needs minimal seasoning: salt, pepper, garlic powder, and a few squeezes of lemon and you have a wholesome, flavorful protein, packed with vitamins and minerals.”

“These salmon burgers are made entirely from whole muscle salmon fillets and organic ingredients. They’re gluten-free and offer 21 grams of protein per patty,” the company said.

The company, which opened in 2015 and expanded its Atlantic salmon farming operations in 2019, also recently concluded a “Food As Medicine Regenerative Farm Tour” that gave dieticians working in supermarkets across the United States a tour of its facilities in Wisconsin.

“Tapping to the frozen category segment allows us to reach new retailers and consumers,” Superior Fresh Vice President of Sales Nate Hefti said. “Shoppers today, especially seafood consumers, want to know and trust where their food is coming from … This frozen product line extension is a great complement to our core fresh salmon business. With transportation challenges in the industry, our new retail-ready, frozen salmon solutions allow us to effectively ship our great fish from our farm in Wisconsin to stores across the U.S.A.”