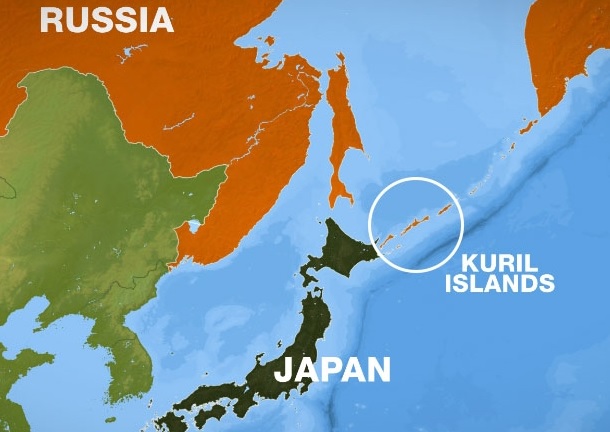 The Russian government is pushing to develop the seafood industry in the four inhabited Kuril Islands, luring investors with unprecedented tax breaks in an attempt to drive local economic expansion.

The Kuril Islands, located between northern Japan and Russia’s Far Eastern Sakhalin peninsula, are administratively a part of the Sakhalin regional government. Four of the islands in the archipelago are more populated and developed than the others, and many of the islands have been the focus of a decades-long dispute between Russia and Japan over ownership.

Since the decline of the Soviet Union, the four most populated areas of the Kuril Islands – the Habomai Islets, Shikotan, Kunashir (called Kunashiri in Japan) and Iturup – had been experiencing a steady decline in economic activity, massive out-migration of its residents, and rapidly deteriorating infrastructure.

In response to the decline, in the 2010s the Russian government launched a series of economic stimulation programs to boost local production and renovation, a move taken after Western companies imposed sanctions on Russia after it annexed the Crimean peninsula in 2014. In 2017, Russia created a special zone of economic development on the islands called “The Kurils” to attract new investors, with a special focus on attracting two main industries: Tourism and seafood.

The seafood industry already has a big presence in the oceans nearby. The waters of the Japan Sea (the East Sea), the Kuril straits, and the southern part of the Sea of Okhotsk – Russia’s largest source of wild-caught fish and crab – contain a wide range of commercially sought-after species. Targeted species in the region include pollock, salmon, cod, mackerel, grenadier, sardine iwashi, crabs, sea hedgehog, prawns, saury, perch, squids, and seaweed.

The southern Kuril Islands, in particular, house an abundance of seafood thanks to its location: a combination of cold and warm water streams and a few other natural factors cause the benthic layer of the ocean to move upward from the sea bed, carrying nutrient-rich waters with it. While no public data on the fisheries in the southern and northern zones of the islands is available for recent years, data for the period spanning 2003 to 2010 and for 2018 and 2019 paint a clear picture of the successful harvests.

Invertebrates, almost entirely squid, represented around 78,600 MT in the northern Kuril islands and 9,850 MT in the southern islands. Seaweed harvests, as well, are promising – the country estimates there’s a potential seaweed harvest of 90,000 MT to 100,000 MT a year available.

More than 40 Russian companies fish in the region, and processing is performed by dozens of different plants – some of which have been put into operation in the last five years.

Despite the abundance, the economic zone established by Russia doesn’t seem to have delivered on the country’s ambitions for the region – at least compared to the anticipation of the officials and authorities that established it.

Through 2022, only seven projects were announced for the region, with just one of them related to fish processing, while the others are in tourism and ship repair. The seafood project is a single fish processing plant in Ostrovnoy that was built years ago – and that has been the subject of numerous scandals over delays in payments to workers prior to the creation of the zone.

The most notable projects among these were a new surimi plant, built by the Kurilskiy Rybak company in Shikotan; workshops to produce fish oil and fish meal, built by Yuzhno-Kurilskiy rybokombinat at Kunashir and Kurilskiy Rybak at Shikotan; and new salmon hatcheries built at Paramushir and Iturup.

Even with the development, the Russian government’s top officials are keen to provide more effective stimulus for the area.

In July 2021, Russian Prime Minister Mikhail Mishustin visited Russia’s Far East to inspect its key regions. After a visit to the islands, Mishustin announced unprecedented benefits to investors who would establish new businesses in the region linked to fishing valuable species. One-and-a-half months later, Russian President Vladimir Putin claimed the investors would be exempt from taxes on property, transport, profits, and land for 10 years. Social insurance fund payments would also be significantly reduced, and the potential of a customs-free zone was also floated.

Following the announcements, in early 2022, a draft of the tax benefits law was introduced to Russian parliament, and in early March Putin signed it into law with one major change: The tax benefits would now last 20 years instead of 10.

In January 2022, when the law was still going through its first considerations in parliament, Russian Deputy Prime Minister and Russian Presidential Envoy to the Far Eastern Federal District Yuri Trutnev met with representatives of federal and regional authorities that would implement the incentive, and called on them to immediately begin working on new projects. Even though the law had yet to be signed, he said there was no need to wait as the work needed to be completed to realize the tax benefits, and he urged developers to maximize the benefits by having processing facilities ready to go when they came into force.

The overarching pressure forcing Russia into such drastic action is the ongoing tension between Russia and Japan over the ownership of the Kuril Islands, a factor that may become critical to the economic development on the islands. Japan has been consistently opposing any major movements by Russia on disputed islands, sending diplomatic protests over visits by Russia of high-ranked officials and military drills.

While the dispute had been ongoing for decades, Russia’s invasion of Ukraine could be shifting the conflict. In late March 2022, Japan published a draft of its diplomatic bluebook, describing the Kuril Islands as “illegally occupied,” the Kyodo News agency reported. The bluebook said that the country is “not under circumstances in which we can talk” referring to the possibility of peace talks between Russia and Japan.

The political standoff has overshadowed any potential development of the islands for years – now it may become the leading driver for any decisions made in the region.