Implementation dates released for US ban on Russian seafood 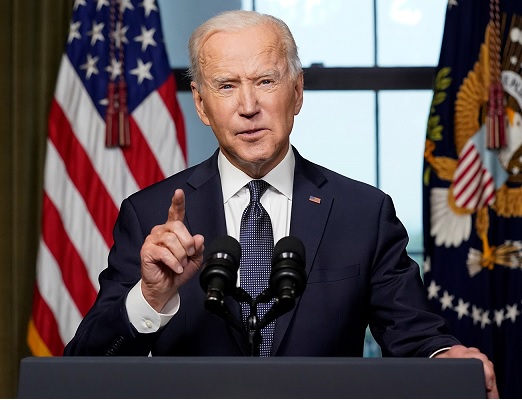 U.S. President Joe Biden’s order from Friday, 11 March, 2022, banning Russian seafood imports from entering U.S. ports will give U.S. businesses some time to accept previously made orders, according to guidance issued by the Treasury Department.

For those companies that have previously done business with Russia, any contract that was in place before Biden signed the executive order can still be carried out. But the U.S. Treasury Department’s Office of Foreign Assets Control (OFAC) announced that companies expecting imports of fish or other items now banned can receive them through Friday, 25 March, as long as there was a written agreement in place prior to the president’s order.

“OFAC may issue specific licenses on a case-by-case basis to authorize shipments occurring after the expiry of (General License) GL 17 or for other activity outside the scope of this GL,” the OFAC announced.

The guidance states new contracts will not be allowed.

There also remain questions about whether Russian caught seafood processed in China will be allowed entry into the U.S. A message to the Treasury Department was not immediately returned on 14 March.

Beth Lowell, the acting U.S. vice president of environmental non-governmental organization Oceana, said in a statement Friday, 11 March, the Russian invasion and president’s order demonstrate a need for broader traceability requirements for all seafood imports into the U.S.

Meanwhile, even after Biden issued his order, U.S. Senator Dan Sullivan (R-Alaska) said he will continue his call for a tit-for-tat law to ensure Russian pollock, crab, and other products can’t enter the country as long as Russia blocks American seafood.

Sullivan, along with Alaska’s other Republican, U.S. Sen. Lisa Murkowski, filed S.3614 – the United States-Russian Federation Seafood Reciprocity Act of 2022 – last month. Sullivan’s attempt to get the measure passed through unanimous consent just before Russia’s invasion of Ukraine was blocked by U.S. Sen. Ed Markey (D-Massachusetts0, who cited concerns about processing jobs in his home state.

After Biden’s order, a Markey spokesperson said the senator supported the embargo.

Others in the industry also raised concerns about losing access to Russian crab, but Alaska Bering Sea Crabbers said in post on the group’s Facebook page that the move to ban nearly USD 1 billion (EUR 911.2 million) in Russian imports will create opportunities for American fishermen.

“Alaska crabbers applaud this move. Know where your seafood comes from and #AskForAlaska,” the organization’s post read.