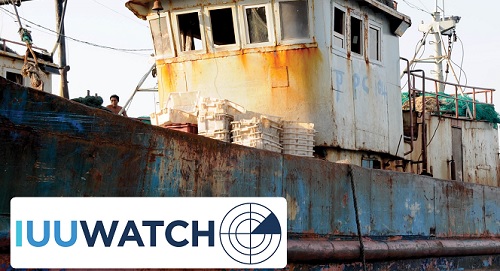 The European Court of Auditors (ECA) has published a report that calls for stronger sanctions and checks by the member-states of the European Union to combat illegal, unreported, and unregulated (IUU) fishing.

The ECA is the E.U.’s independent auditor assessing the effectiveness, efficiency, legality, and regularity of E.U. actions. Its special report, “E.U. action to combat illegal fishing – Control systems in place but weakened by uneven checks and sanctions by member-states,” was published 26 September, 2022.

IUU fishing threatens the sustainability of the seafood industry and undermines efforts for conservation, according to the report. The Food and Agriculture Organization (FAO) estimates about 94 percent of global fish stocks are fully exploited or overexploited, and illegal fishing further threatens overexploited stocks, with unreported catches leading to incorrect catch numbers and estimations for stock abundance.

In alignment with the United Nations’ Sustainable Development Goal (SDG) 14, the E.U. set a target of ending overfishing, IUU fishing, and destructive fishing practices by its fleet by 2020. This goal was not met, but the E.U. remains committed to achieving it. The E.U.’s IUU fishing regulation is currently composed of two components. The first is a catch-certification scheme that requires all wild-caught seafood imports entering the E.U. to be accompanied by either catch certificates or import documents validated by the catching vessel’s flag-state – or the country that authorized the vessel to conduct fishing operations. The second component is a carding system, whereby non-E.U. countries are subject to either a green, yellow, or red card. If the country is identified to have regulatory shortcomings in its oversight of its flagged fleet, it is given a yellow card, or formal warning. It must agree to an improvement plan and take steps to enact that plan, or else face a red card, which results in all catches from that country being banned by the E.U.

“The report clearly shows that the E.U. has the right system in place to fight illegal fishing, which has devastating impacts on ocean ecosystems and for human rights around the globe. In line with our own findings, the ECA confirmed that the E.U.’s carding system has proven useful and triggered positive reform in non-E.U. countries which the European Commission has engaged with,” Environmental Justice Foundation CEO and Founder Steve Trent said.

According to Trent, the carding system has resulted in progress pushing non-E.U. countries to take action prior to receiving a red card.

“However, because of widespread non-compliance by E.U. governments, it is currently not delivering as it should, and its objectives are far from being achieved,” he said. “For example, in 2019, less than 0.01 percent of imports were rejected by member-states, and even these [were] mostly on administrative grounds. This is simply not good enough.”

The ECA report found the E.U.’s catch-certification scheme did improve traceability but that member-states are applying control unevenly, leading to regulatory ineffectiveness. It found this resulted in increased risk of fraud, furthered by the program’s outmoded paper-based reporting system. It also found some E.U. member-states had weaker controls, allowing the bulk of illegally-caught seafood to escape the detection of program auditors.

“The E.U. has control systems in place to make it harder for illegally fished products to reach consumers, but in spite of those measures, these products keep ending up on E.U. citizens’ plates,” ECA Audit Lead Member Eva Lindström said. “One key reason is that checks and sanctions are applied unevenly by member-states.”

The report also found disproportionate punishment for infringements, finding the average fine for the penalty of importing seafood derived from illegal fishing ranged from EUR 200 (USD 199) in countries such as Cyprus, Lithuania, and Estonia to more than EUR 7,000 (USD 6,900) in Spain. In some instances, the sanctions were did not come close to the economic benefit derived from the infringements.

“At present, the E.U. is negotiating new rules on fisheries control. Instead of using this process to fix some of the implementation gaps, some member-states are pushing for even more leniency in controls and reporting on catches,” Trent said. “For the E.U.’s zero-tolerance approach to IUU fishing and its promotion of sustainable fisheries management to be credible worldwide, E.U. countries must not backtrack on existing standards, and instead do much more to strengthen their import controls to keep out the products of illegal fishing for good.”

The ECA report suggested the E.U. make use of its own IT system to detect fraud and to automate mandatory controls across the member-states’ regulatory structure, which is currently not being done. The ECA also recommended the E.U. implement a uniform and effective sanctioning system to level the economic playing field across its member-states regulatory structures. It further urged  the E.U. monitor how member-states apply sanctions to dissuade trade related to IUU fishing.

In its own statement, the European Commission said it accepted the findings of the ECA report and would work to implement its recommendations for improvement. However, it said it was limited in the action it could take, blaming many of the weaknesses of anti-IUUU enforcement in Europe on shortcomings in enforcement at the member-state level. It said many of those concerns can be addressed with a 2018 proposal for changes to the regional enforcement structure currently still under negotiation in the European Parliament.