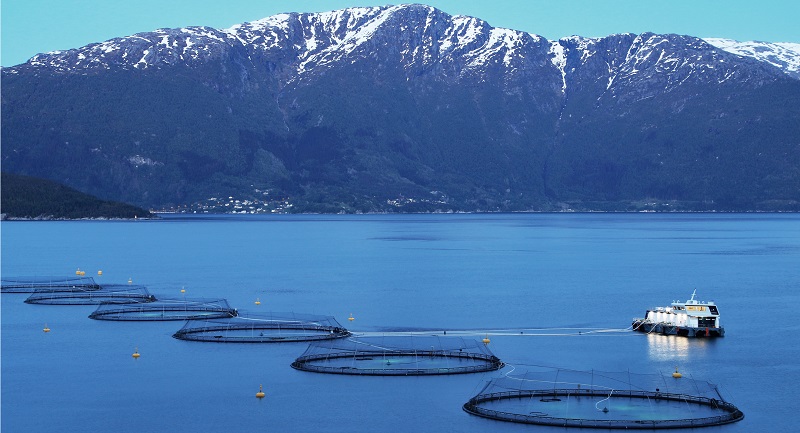 It means that 99 percent of Norwegian farmed salmon were produced without any antibiotic treatments, and thanks to our rigorous controls, consumers can have total confidence Norwegian salmon is completely antibiotics free.

No residues of antibiotics, medicines or illegal substances have ever been found in Norwegian salmon, according to annual studies by the Institute of Marine Research in Norway.

The World Health Organisation’s Antimicrobial Awareness Week runs from 18-24th November and highlights the global threat to health and development caused by the overuse of antimicrobials such as antibiotics.

“The WHO has listed antimicrobial resistance as one of the top 10 public health threats facing humanity, and the food production industry has a weighty responsibility to address this issue, and fast”, says Renate Larsen, CEO of the Norwegian Seafood Council.

“The Norwegian salmon farming industry has been a pioneer in this field, and since the mid-nineties we have all but eradicated the need for antibiotics through the effective use of vaccines and focus on fish welfare,” Larsen adds.

“This is the direct result of the industry’s focus on fish welfare and food safety, and we are proud that Norwegian aquaculture is the best in the world when it comes to antibiotics use in animal food production,” adds Larsen.

A total of 1.4m tonnes of salmon were farmed in fjords along the Norwegian coast in 2020, making Norwegian salmon the biggest salmon producer in the world, with more than 50 percent of the market.

Many myths around farmed salmon and antibiotics still exist, points out Larsen, despite the evidence from the Norwegian industry that the use of antibiotics in its farmed salmon is negligible, and has been for nearly two decades

“The use of antibiotics in our farmed salmon has been almost zero for many years now, although it is still a concern for some,” she concludes. “Consumers can have total confidence that Norwegian salmon are antibiotic free, and continue to be a safe, delicious and healthy choice to eat.”

The 2020 NORM-VET report is the twenty-first annual report of its kind, presenting data on resistance and usage of antibiotics in Norwegian animal husbandry and food production.