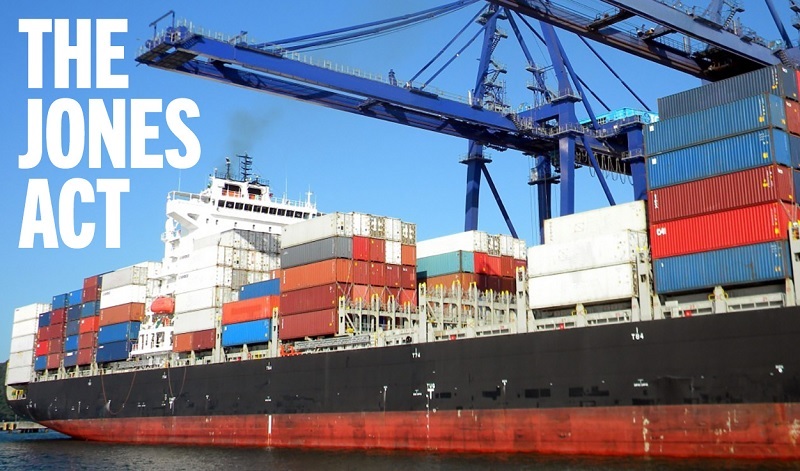 U.S. Customs and Border Protection has issued approximately USD 350 million (EUR 294.3 million) in fines against American Seafoods and other companies associated with the company’s supply chain.

The fines, which were all issued in August 2021, apparently relate to the use of an intermodal facility in the Canadian province of New Brunswick that is used to transport Alaskan seafood to the U.S. East Coast.

In response to the fines, American Seafoods subsidiary Alaska Reefer Management (ARM) and the company that operates the New Brunswick facility, Lineage Logistics subsidiary Kloosterboer International Forwarding, filed a lawsuit on Thursday, 2 September against the CBP and the U.S. Department of Homeland Security, stating the companies have operated in compliance with the Jones Act, which prohibits transportation of domestically-caught seafood and any other goods of U.S. origin inside the country unless the vessel is U.S.-built and U.S.-owned.

American Seafoods, Seattle, Washington, U.S.A.-based pollock fishing firm, alleges the company has operated under an exception to the Jones Act allowed for under the law’s so-called “third proviso,” which allows for limited exemptions for companies transporting goods from Alaska, due to the fact that they are not contiguously connected to the rest of the country.

“CBP’s Penalty Notices effectively have shut down a critical shipping route that – for over 20 years – has been approved by CBP as complying with the Jones Act, and which is essential to the delivery of frozen seafood to consumers, fast food chains, and school lunch and food bank programs throughout the United States,” the lawsuit states. “The scope of the penalty notices assessed to date is more than twice the annual value of all frozen Alaskan seafood transported through the [New Brunswick] port to U.S. destinations. This unjustifiable agency overreach is crippling and threatens to destroy plaintiffs’ businesses, along with an entire supply chain transporting frozen seafood from Alaska to the eastern United States through [New Brunswick]. Moreover, the penalty notices are threatening hundreds of jobs in Alaska and throughout the U.S. in the frozen seafood shipping industry, and unless they are withdrawn, will likely result in higher prices and shortages of frozen seafood across the eastern United States.”

According to the suit, the CBP has apparently taken issue with the use of a 100-foot rail track used to maintain the route’s historical compliance with the Jones Act exception. After a back-and-forth trip on the rail track, the fish is then loaded onto trucks through the Calais, Maine border crossing. This route, known as the Bayside Program for the Canadian port in which the intermodal facility is based, has been in place since 2000, with the rail line back-and-forth addition made 2012. While a 2006 challenge to the use of such “sham” rail movements was dismissed by a U.S. district court judge, the CBP was asked to clarify its stance on the issue. The new lawsuit alleges CBP had never before taken any regulatory action before August 2021 on “sham” rail operations.

“Included as exhibits in the lawsuit are numerous historical notices from CBP officials confirming the shipping route used by American Seafoods – sending its seafood through the Panama Canal to New Brunswick and then on to the U.S. state of Maine by truck – met their approval as qualified under the third proviso,” the suit states. “At all relevant times, CBP was fully aware of the use of Canadian rail trackage in part, in connection with plaintiffs’ shipments through the Bayside port, and through its review of bills of lading and customs documentation for every shipment that crossed the U.S. border from Canada. CBP never once raised any concerns or questions to plaintiffs or any other company in the chain of distribution, until it suddenly completely reversed itself in its regulatory practices, without any notice to the affected parties, by serving the penalty notices.”

Beginning 9 August, CBP issued more than 170 notices to entities involved in the Bayside Program, covering violations dating back up to five years. The notices “have been served on almost all customers, participants, and servicers associated with contracting to transport seafood products or facilitate the delivery of such seafood products via the Bayside Program,” according to the suit.

Exacerbating the issue for the two companies is their contention that they are being held liable by their trading partners for the fines, and that many companies involved in the seafood and transportation sectors are now refusing to contract with them.

“Refrigerated trucking companies categorically refuse to transport plaintiffs’ shipments from cold storage facilities, which are close to capacity, unless they receive clear assurance they will not be exposed to additional crippling CBP penalties equal to the total value of their cargo. The cold-storage facilities are fearful to accept for storage any more seafood headed to the United States because of the threatened penalties. Cargo vessels are no longer being sent to Bayside with seafood for the eastern United States. Fishing vessels returning from the Bering Sea to Dutch Harbor are facing dangerously tight conditions as the limited cold-storage capacity fills up with cargo that was destined to the United States. In short, as a result of CBP’s issuance of the penalty notices, the entire transportation route used by plaintiffs has been paralyzed and will be irreparably damaged, absent court intervention,” the lawsuit alleges.

The two companies have asked U.S. District Court Judge for the District of Alaska Sharon L. Gleason for a temporary restraining order and preliminary injunction against the CBP’s actions. They allege the CBP’s actions – which they call “unprecedented and based on secretive conduct – violate the due process clause of the Fifth Amendment to the U.S. Constitution, and that its fines violate the Eighth Amendment, under which the U.S. government may not impose a fine disproportional to the offense committed. The companies note the previous largest fine ever levied for a Jones Act violation was USD 10 million (EUR 8.4 million).

In a declaration to the court, KIF Director of Operations and Logistics Jennifer Adamski warned the CBP’s actions would have a “crippling” impact on her company, saying the fines her company faces are equivalent to nearly 15 times its annual net income.

“CBP's penalties on the shippers alone are exorbitant, but when those are added to the businesses relied upon to transport their seafood products, it makes clear CBP is either recklessly or willfully aiming to destroy an entire U.S. business chain, industry, and livelihoods,” she wrote.

As of 28 August, 61 truckloads of seafood product have been held in Bayside, according to Adamski, and by 2 September, Adamski estimated approximately 26 million pounds of seafood product valued at USD 41 million (EUR 34.5 million) will be stuck in Bayside awaiting transport into the U.S. The ripple effects through the supply chain of CBPS’ actions will result in lost jobs, product shortages in the marketplace, and higher seafood prices, Adamski testified.

“Simply stated, the domino effect of CBP's unfounded and seemingly targeted penalties and the threat of continuing penalties, is causing and will result in the swift and complete disintegration of the Bayside Program. Absent urgent judicial relief to the contrary, KIF will be forced out of business, resulting in the loss of the Bayside Program transportation route, because KIF is currently the only company with the required operational logistical capacity to service such a transportation system,” Adamski wrote.

O’Hara Corporation Vice President Francis O’Hara III testified in a declaration of support for KIF and ARM that CBP’s action could result in the shutdown of the Eastern Fisheries’ seafood-processing facility in New Bedford, Massachusetts, which O’Hara Corporation partly owns.

“If the shipments … are not able to clear through to New Bedford, Massachusetts, quickly, part of the Eastern Fisheries’ factory are at risk of ceasing operations due to a lack of raw material supply,” he wrote.

In his own declaration, National Fisheries Institute President John Connelly said the CBP action threatens the supply of the availability of Alaska Pollock, Pacific cod, and other Alaska-sourced seafood to American consumers, and that U.S. quick-service restaurants will run short of product “in a matter of weeks,” potentially forcing them to begin sourcing product foreign suppliers such as Russia and China.

“This foreign product would be an obvious substitution choice for existing domestic product. This could displace wild Alaska Pollock in the U.S. market over the long-term, impacting tens of thousands of American workers. Alternatively, many [quick-service restaurants] and other restaurants will not source raw material fish from Russia or China, thus depriving consumers of any fish options on menus."

In a statement sent to SeafoodSource, the CBP outlined the process by which it determines the penalties it issued.

The spokesperson said he could not answer questions about what part of the Bayside Program violated the Jones Act, or offer more specifics regarding how the CBP determined the amounts of the fines it issued, citing a legal stipulation limiting the disclosure of information in pending penalty cases until a fine is paid or judicial action is completed.

Margery Schelling, the executive vice president of marketing, strategy, and innovation at American Seafoods, said she couldn’t provide any additional details about her company’s situation beyond what was stated in its lawsuit.

“I’m sorry but I don’t have any additional information and can’t comment any further as this is an ongoing legal matter,” Schelling told SeafoodSource in an email.

NFI Vice President of Communications Gavin Gibbons said there has not yet been any indication from the court as to when a ruling on the restraining order and preliminary injunction will come.

The CBP, under the administration of U.S. President Joe Biden, has increased its attention on the seafood industry, taking numerous actions against foreign-owned companies for alleged labor abuses. A ramp-up on CBP enforcement on labor laws is expected to continue, according to an expert in U.S. import rules. In July, Biden promised stronger enforcement of a so-called “buy American” rule he solidified with his “Executive Order on Ensuring the Future Is Made in All of America by All of America’s Workers,” issued on 25 January. According to Bloomberg, Biden said his predecessors had too freely allowed exceptions to rules requiring the federal government to favor American vendors when they purchase goods, and said his administration will continue to reform existing rules with the goal of bolstering American manufacturing.

White House Office of Management and Budget Acting Director Shalanda Young issued a memorandum in June 2021, establishing a Made in America Office to provide “greater oversight of waivers from Made in America Laws, thus increasing consistency and public transparency of such waivers.” Young said the waiver review process would take place over the summer of 2021 and would specifically include Jones Act waivers.

“Transparent reporting of waivers from Made in America Laws will not only build confidence that these laws are operating as intended, but also provide data to inform policy development and strategic decision-making,” Young wrote.