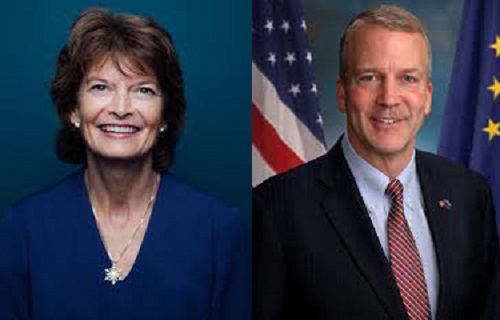 Alaska’s U.S. senators have filed a bill that would prohibit the country from accepting seafood imports from Russia.

Republican U.S. Sens. Dan Sullivan and Lisa Murkowski filed S.3614, the U.S.-Russian Federation Seafood Reciprocity Act, on Wednesday, 9 February. The bill seeks to respond to Russia’s embargo of American fish and other seafood products that were put in place after the U.S. and its allies placed a series of sanctions against Russia over its takeover of Crimea in 2014.

In a statement, Sullivan said most Americans would be shocked to learn that the U.S. continues to accept Russian seafood at its ports. He cited the current events surrounding Russia’s possible invasion of Ukraine as an opportunity to fix an “unacceptable trade imbalance” between the two powers.

“For years, I’ve been pressing officials at all levels, from the Oval Office on down, to pursue a seafood trade relationship with Russia based on principles every American can understand—fairness and reciprocity,” Sullivan said. “We don’t have that right now, and [Russian President] Vladimir Putin is benefiting enormously at the expense of our fishermen here at home, with the value of Russian seafood imports to the U.S. growing 173 percent since 2013, the year before the embargo was imposed.”

The introduction of the bill comes after state lawmakers in Alaska passed a resolution in a committee meeting last month that calls on the administration of U.S. President Joe Biden to seek an end of Russia’s embargo. Failing that, the state lawmakers want the U.S. to enact its own.

The federal bill has the support of the Pacific Seafood Processors Association, whose president, Chris Barrows, said the denial of access has unfairly targeted Alaskan processors.